As part of the new Resource Manager (ARM) stack, and V2 resources, there are some changes to the experience of using load balancer in Azure. With the old stack, the load balancer was an integral part of the cloud service. Each VM had to reside in a cloud service, which came with a VIP that was automatically load balanced. With the new stack this isn’t true anymore. Now every resource has to explicitly be created. This includes Load Balancers.

Unfortunately there isn’t a GUI for creating load balancer resources in the portal yet, so it has to be done in a template, or via CLI\PowerShell. There’s a decent tutorial here: https://azure.microsoft.com/en-us/documentation/articles/load-balancer-arm-powershell/. It is a good read but it’s not the simplest example you could have and also misses on adding load balancer to existing configurations, so I decided to create another walkthrough.

Step 1: Setting up the environment

Log into the portal (portal.azure.com) and create a setup of 2 VMs in an availability set. Should have the following structure:

This is all done via the portal GUI. I am not going to detail the process here because it is straightforward. 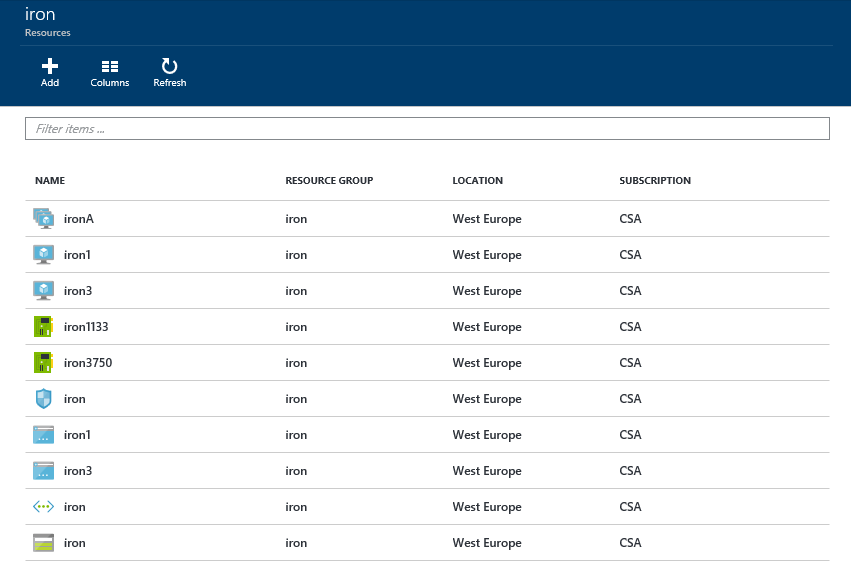 In my case, the names of resources are:

Step 2: Setting up the load balancer

Here is a PowerShell script that adds a load balancer to the configuration:

Since this is an ad hoc activity, I did not take the time to factor the script into a function and input data into variables. Please change everything in double quotes (“) into your own appropriate values. 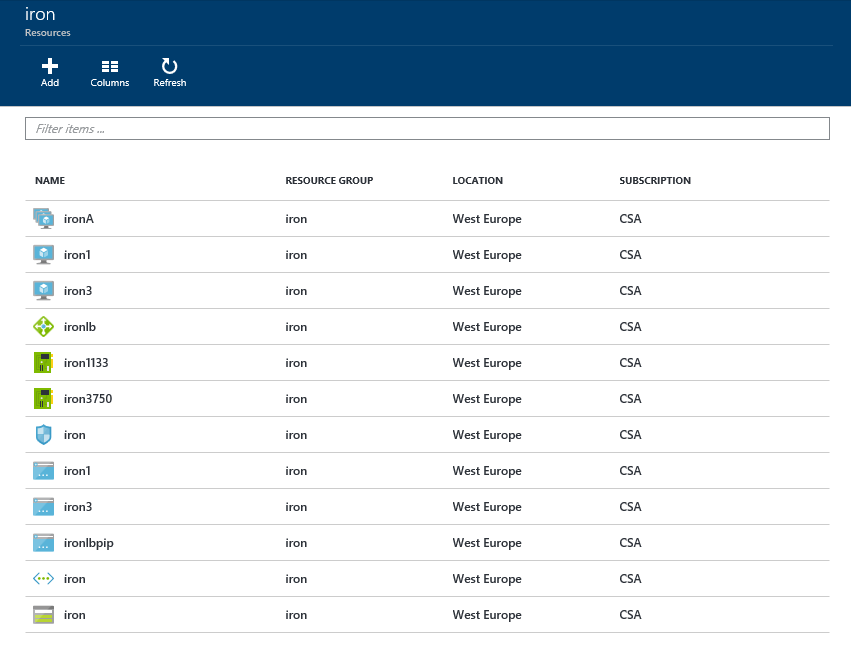 (BTW, after you create the load balancer you can manage it using the portal GUI)

To test that it works, I created a simple web application that shows the internal IP address of the server. So if we access each server directly, we should get different results. If we access the load balancer we should get both results, depending on the server we reached. Here is an example:

Accessing the load balancer can yield both results:

This is a simple node.js app that I have wrote:

To deploy it, do the following on both servers:

Also you’ll need to add a NSG rule to allow HTTP traffic to the servers (this is done via Azure portal).

The tool just hits the load balancer (http) and counts the number of times each result was received. 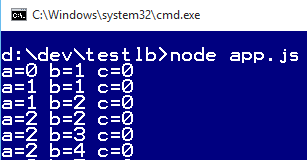 Here is the code to the test tool:

Change the IP addresses to your addresses.

To run the test tool: