I often get involved in conversations about wether or not a company or a startup should invest in building a Windows Phone app. There are many considerations for doing this, and it’s not my place to convince anyone either way. There is however, one side effect of having cross-platform presence, that in my opinion is alone worth the investment in Windows Phone. In this post I will try to describe this concept. I call it the three stars, because of how it is usually presented in web landing pages for apps. The theory is that every respectable app should have this trio of icons:

(an example from vine.co)

Most apps starts on iOS or Android or both, nothing special there. But if you think about it, only the best apps are available on all three platforms. So when your app is also on Windows Phone, when you “earn” that Windows flag “achievement” to showcase on your landing page - that is when you advance to the big boys league. It’s like you have reached next level in the game. It’s like you have earned the three starts achievement. 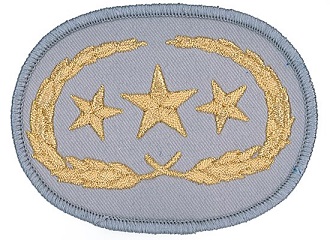 But this is not just a game. Having three stars, having these three very distinguished icons on your landing page says something about you and your app. It says maturity, it says experience, it says completeness and trust and many other associations that only that combination of three icons can produce. Not iOS alone, not Android alone, not even iOS and Android together can get you there – these are too common. Only when you can proudly display the “tree stars” on your home page, is when you can reach that level of perception.

This is just me trying to justify my feelings when I see those three icons together. There’s a lot going on inside your head when you see it, but either way the effect is positive. I think having those “three stars” is not just a matter of progress, it’s a statement.